LED stands for light emitting diode.  An electrical current passes through a microchip, which illuminates the tiny light sources, LEDs, and the result is visible light.  The heat LEDs produce is absorbed into a heat sink.  Because of their efficiency, LEDs make a good alternative to most conventional light sources.

What are the advantages of using LEDs over standard light sources?

Lower maintenance and operational costs of LEDs  make them a beneficial option since they need to be replaced less frequently and LEDs consume less energy  than standard  light sources.   Most applications with LEDs offer a return on their investment in a period of three to four years.

What does Integrated LED mean?

Integrated LED fixture products refer to when a fixture and the LED light form one unit.  The lamp (light bulb) cannot be replaced; once the light no longer works, the entire fixture must be replaced.  Some of Specialty Lighting’s plug & play integrated fixtures include the RD60 series, continuity, and nuance.  No driver required.

What is the lifespan of LEDs?

LEDs have a long lifespan, with most current options rated to last with at least 20,000 hours of operation.  LED fixtures used only a few hours a day can last more than 20 years; fixtures used all day and night will expire sooner.

What is LED binning?

To prevent difference in color appearance and light output when LED chips are produced, binning is a way of sorting the chips so that all of the LEDs from one bin look the same and have similar light output.

What is the difference between lumens (lm) and watts (W)?

While more recent LED technology is dimmable, that’s not the case for all LEDs.  Before making a LED purchase, check to see if the LED fixture is compatible with a dimmer, and that the dimmer is the correct type for that fixture.  Keep in mind that dimming LEDs lowers the lumen output and does not make a light warmer in color temperature.

What is LED retrofit lighting?

A light source can be upgraded by installing a LED retrofit kit.  Retrofit kits cost a fraction compared to replacing the entire fixture. Kits include materials you need to retrofit your fixture, including brackets, sockets, and screws to make sure the new LED lamps (light bulbs) work properly.  Retrofit kits are available for a wide variety of indoor and outdoor applications. 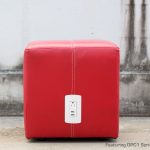 Power Distribution Designed For Your Next Project!

Need A Product Replacement or Repair?

Enter your email address below to receive periodic news and updates from Specialty Lighting.